It it still viable to Invest in Commercial Office Properties in Accra??

It it still viable to Invest in Commercial Office Properties in Accra??

The Africa rising story will not be complete without the evolution and contribution of real estate on the continent. From Tunis to Cape Town, Dakar to Nairobi, the skylines are changing and demand for high-grade real estate and commercial office properties is on the rise largely due to increase in economic activities and growing middle class.

READ ALSO: How to Register a Business in Ghana

Ghana hasn’t been left out of the real estate boom. Ghana is one of the major economies on the continent and the real estate sector plays a major role. In 2015 and 2016, the business, real estate and other service activities sector contributed 7.7% and 6.9% respectively to the economy’s annual Real GDP. The sector has grown strongly over the past decade, up from $280.3m in 2006, and has become of increasing importance to the broader economy in recent years.

Ghana is home to over 27m people and is growing at a rate of more than 2% annually.  Urbanization in Ghana has already reached roughly 54% and is growing at an average rate of 3.4% per year. This is being most particularly felt in the capital, Accra, and the northern city of Kumasi.

One aspect of real estate that has benefited from the flourishing economy is commercial /office buildings. There has been an increase in demand for grade ‘A’ office space in the capital. This has been largely attributed to demands from sectors such as the banking, telecommunication, professional and diplomatic or aid sectors. New office space in Accra is delivered to a ‘shell and core’ finish, although tenants may now demand fit-out as part of lease negotiation as more office developments are released to the market and competition for new tenants increases.

MUST READ: WHAT ARE GHANAIANS SPENDING ON? 35 PRODUCTS TO TRADE IN

Developments such as The Octagon, the World Trade Centre, the Accra Financial Centre, The One Airport Square, Stanbic Heights among others are changing the skylines of Accra especially in areas such as Ridge, Cantonments, Labone, Airport.

All has not been rosy in recent times. Demand for office space has declined, mostly due to the economic crisis the country went through. According to Broll Properties, there has been a decrease in enquiries from multinationals and large corporates looking for space measuring over 1,000m². Achieved commercial rentals have declined by as much as around 6% as a result of challenging economic environment and oversupply of office space in some locations.

An overview of the above highlights (in the image above) shows an 18% increase in stock in the real estate sector over a one-year period (Q1 of 2016 and Q1 of 2017). Nonetheless, prices have reduced with spaces taken-up between 100m2 -200m2. Demand, in general, has reduced.

Another reason for the decline has been major players in both the telecommunications and financial services deciding to build their own properties in the city. Both MTN and Tigo have their own offices now in Accra. The Banks are now making investments into their own head offices. Agricultural Development Bank, Zenith Bank, Ecobank, HFC, Stanbic, and Access Bank have taken the lead in that regard. Standard Chartered Bank is on the verge of completing their own and Barclays Bank has plans to start construction. This has freed up a lot of grade ‘A’ office spaces at the hub of Accra, causing prices to drop.

Given the falling prices, excess supply of commercial office properties over demand; Is it still viable to invest in commercial office properties in Accra? We will say YES. We believe that though demand for office space may have declined in the short term, demand and consumption will increase as the overall economic outlook is predicted to improve coupled with strong long-term macroeconomic fundamentals. With the economy continuing to stabilize, along with favourable demographic trends and rapid urbanization, future prospects for real estate are promising.

We see opportunities in office spaces tailored towards Small and Medium Enterprises (SMEs), especially in a country where about 90% of all businesses are small or medium. There is a growing ecosystem of entrepreneurs, mostly in the services and technology or digital space in Accra, who will be looking for space to rent. They might not go for the Grade A office space but will want a good enough space to meet their needs.

SMEs obviously cannot afford the US$35/m2   to US$37/m2 per month for Grade A offices. Investors are encouraged to employ innovative building technology and adopt less sophisticated architectural building designs so as to reduce the cost of the project and make it attractive and affordable for SMEs.

It will be exciting to see how the completion of ‘The Exchange’, a mixed-use urban development at Airport and the Appolonia City Development, will change Accra’s landscape and pricing dynamics for office and residential facilities in Ghana.

About the Author: Firmus Advisory 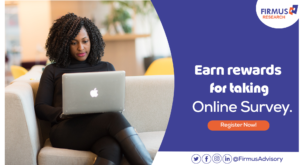 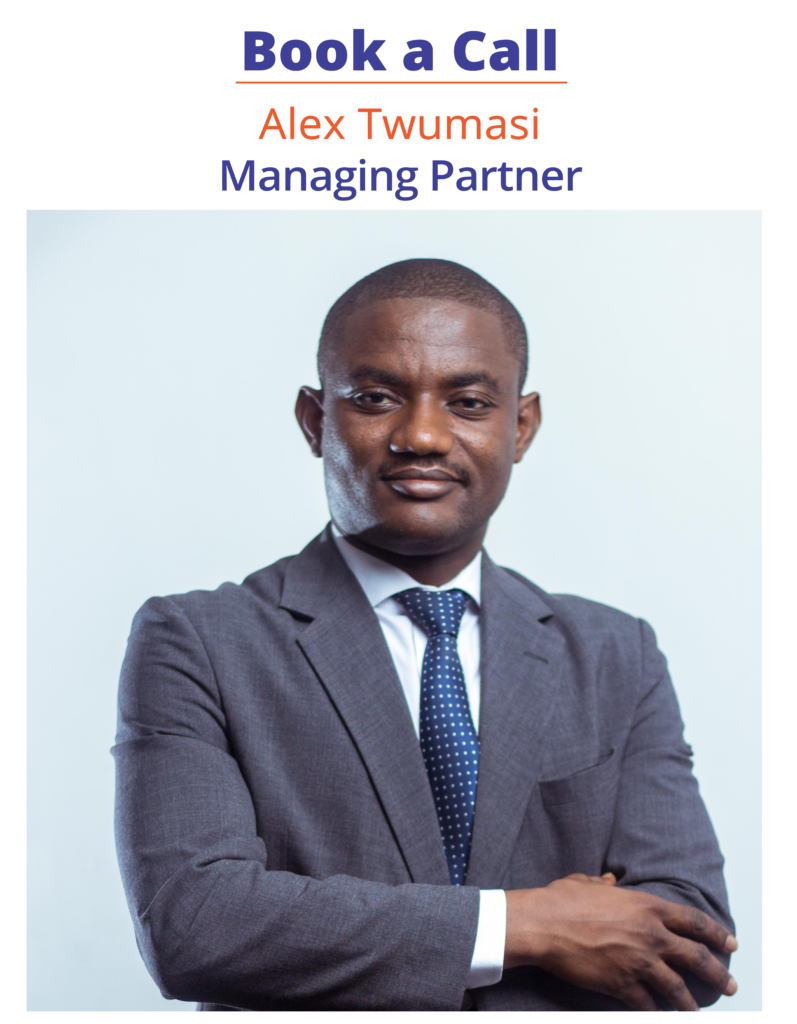 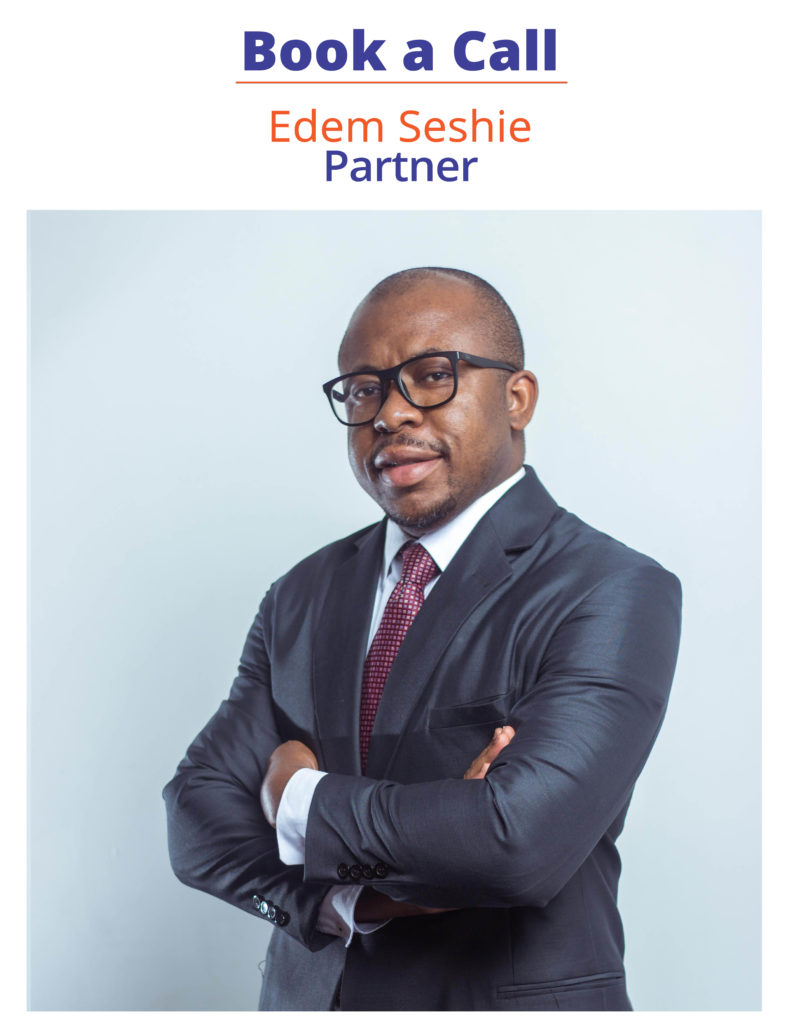 This website uses cookies according to Our Privacy Policy and website terms of use. Agree
CONTACT US
221, Mount Olimpus, Rheasilvia, Mars,
Solar System, Milky Way Galaxy
+1 (999) 999-99-99
PGlmcmFtZSBzcmM9Imh0dHBzOi8vd3d3Lmdvb2dsZS5jb20vbWFwcy9lbWJlZD9wYj0hMW0xOCExbTEyITFtMyExZDYwNDQuMjc1NjM3NDU2ODA1ITJkLTczLjk4MzQ2MzY4MzI1MjA0ITNkNDAuNzU4OTkzNDExNDc4NTMhMm0zITFmMCEyZjAhM2YwITNtMiExaTEwMjQhMmk3NjghNGYxMy4xITNtMyExbTIhMXMweDAlM0EweDU1MTk0ZWM1YTFhZTA3MmUhMnNUaW1lcytTcXVhcmUhNWUwITNtMiExc2VuITJzITR2MTM5MjkwMTMxODQ2MSIgd2lkdGg9IjEwMCUiIGhlaWdodD0iMTAwJSIgZnJhbWVib3JkZXI9IjAiIHN0eWxlPSJib3JkZXI6MCI+PC9pZnJhbWU+
×
Thank You. We will contact you as soon as possible.
Send Message
Do you need a visa to Ghana? We deliver in 3 – 5 working days. We deliver all immigration facilitation services. Call us now or send an email.
Send
×
Call: +233 242 352 424
CONTACT US!
Do you need help with your GIPC registration? Contact us for free consultation.
×
Contact Us
Increase more than 700% of Email Subscribers!
Dolor aliquet augue augue sit magnis, magna aenean aenean et! Et tempor, facilisis cursus turpis tempor odio. Diam lorem auctor sit, a a? Lundium placerat mus massa nunc habitasse, arcu, etiam pulvinar.

Get Free Report
We hate spam and never share your details.
×
SUBSCRIBE TO OUR BLOG
Subscribe to our weekly blog articles on Regulatory compliance and Market research insights plus other helpful resources for FREE.
Subscribe
close
We Offer you with the BEST...
Market Research & Insights, Data Collection, Surveys and Customer Brand Health Studies.

Market research insights, Surveys, Customer perception and brand health studies among others.
Your Information will never be shared with any third party.
Send
×

We provide top notch research services. We are happy to assist.

Send us your enquiry below
Send
×
Thank You. We will contact you as soon as possible.

TALK TO US!
Quick and efficient delivery of work permits within 2 weeks in Ghana. Talk to us first.
×
Submit
Want Updates? Follow us On Social Media
[custom-facebook-feed] 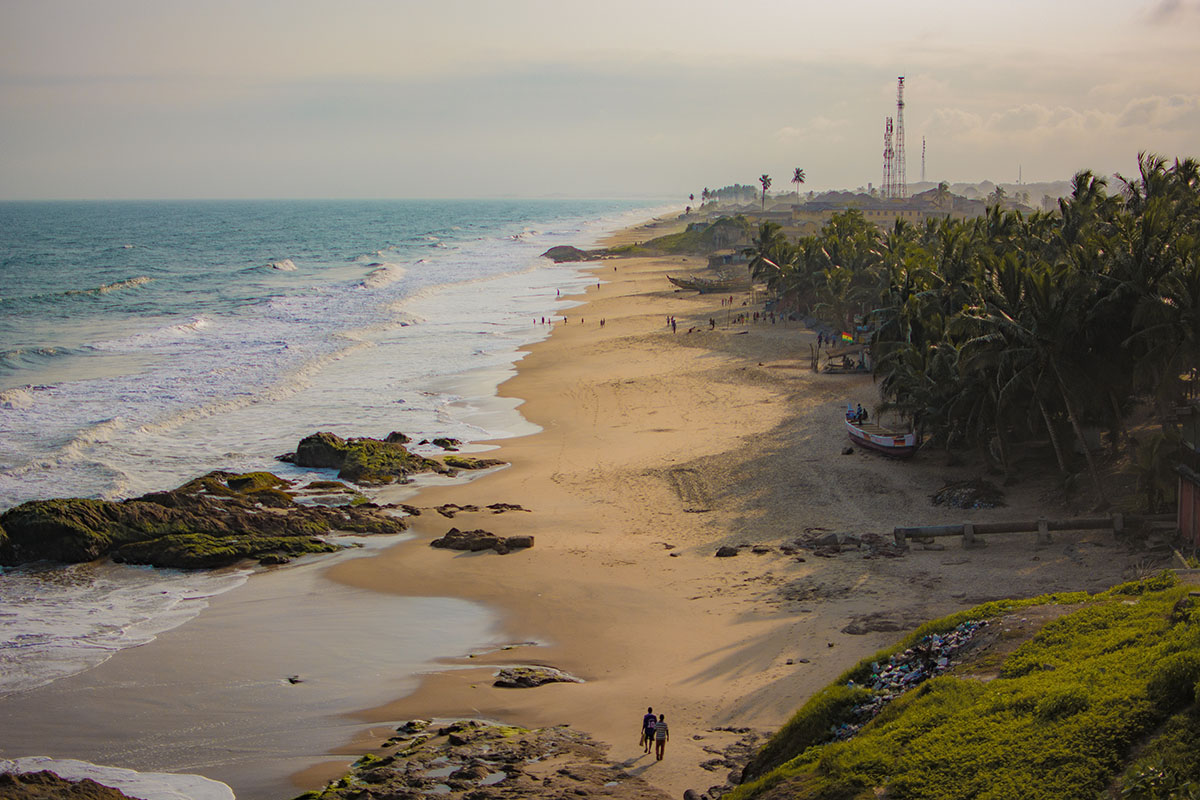 We value your opinion in the Ghana Consumer and Retail Survey!
Would you be willing to answer a few brief questions?
Yes, Start Survey
×No, I want to keep my opinion
Fill in your details to Get the full report
The Ghana Retail Report is Out!!
Get Report
×
Need a Nigeria entry visa?
Talk to us.
× 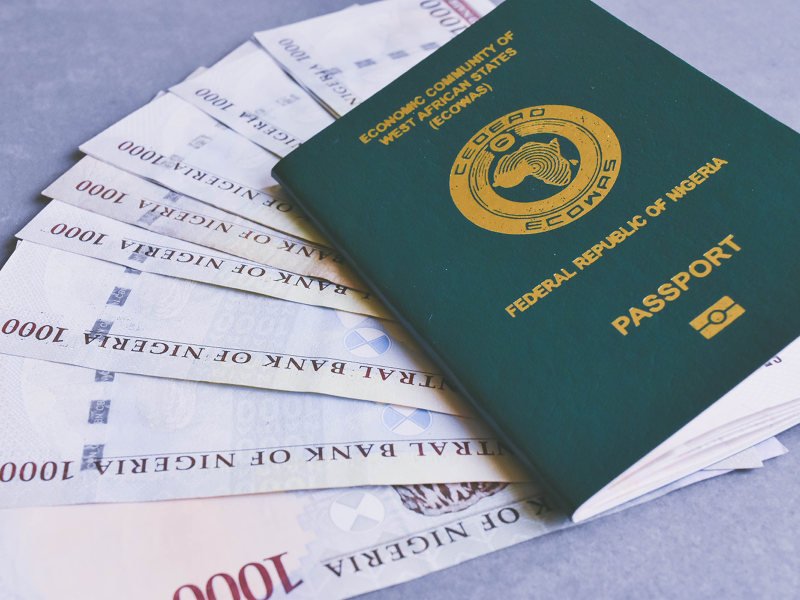 Thank You. We will contact you as soon as possible.
Send Message
× 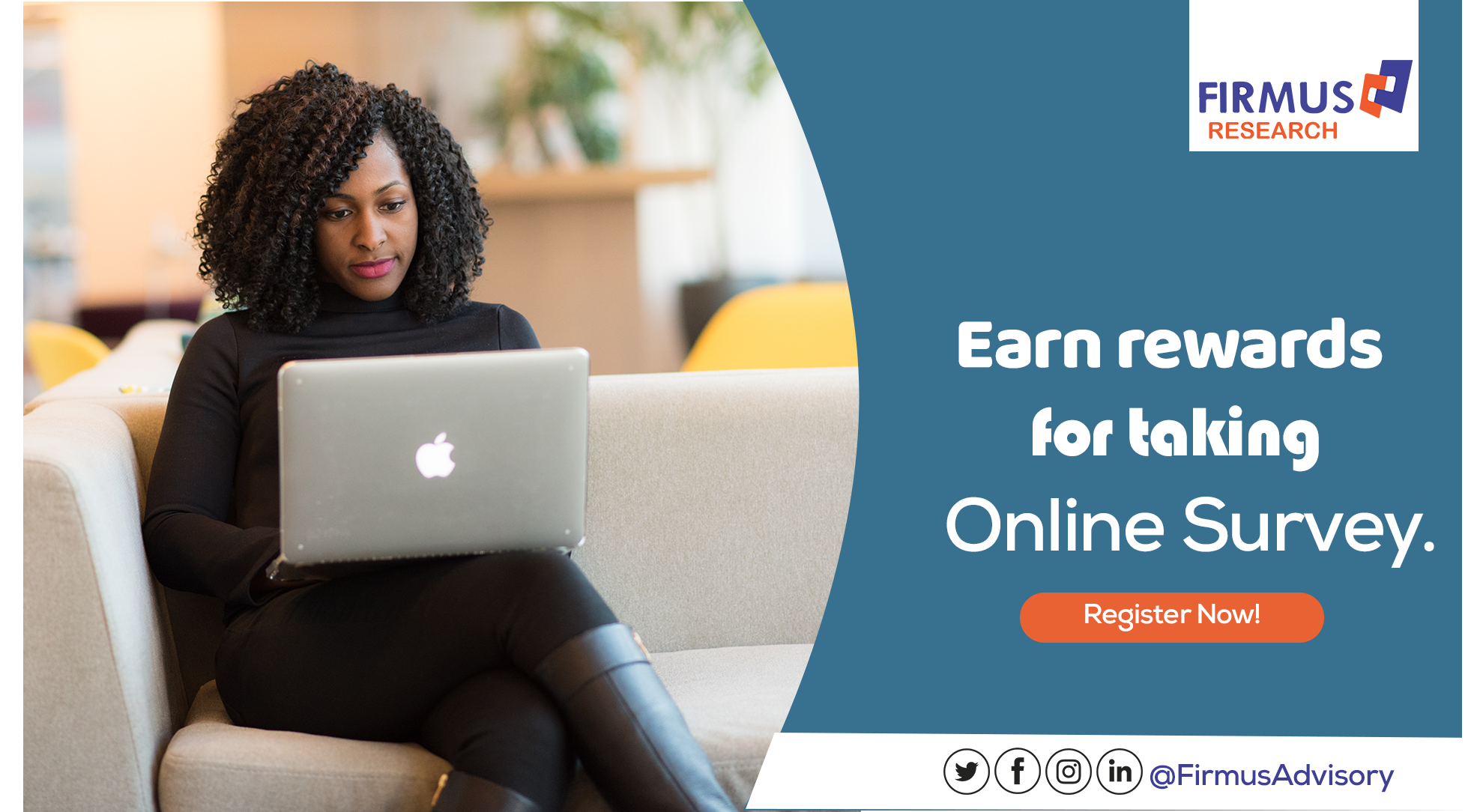 Didn't find what you were looking for?
Send us your enquiry below
Send
×
Thank You. We will contact you as soon as possible.
Are you satisfied with the services of your bank?
×
Begin Survey
Be part of our latest banking survey
Go to Top