Market Research on Fish Farming and Aquaculture in Ghana

Fish makes up 60 percent of the average Ghanaian’s protein diet. It is the next popular animal protein after chicken and beef and expected to overtake them in a few years. Global trends currently show a growing demand for healthier substitutes to beef and chicken, and fish can be a much leaner and lower calorie source of protein.

The fishing industry in Ghana is generally made up of the marine, inland (freshwater) and aquaculture. The sector is dominated by the marine subsector which has the highest level of production, followed by the lagoon and inland subsectors and then the aquaculture sub-sector.  The marine and inland fisheries have recently reached maximum sustainability and have led to declining stocks. In an effort to compensate for the declining marine catches and to meet the demand, aquaculture has been widely promoted with the hope of bridging the gap. 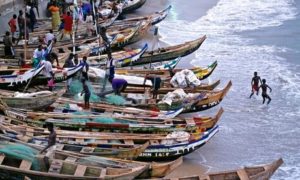 Investment opportunities exist in fish farming such as the production of fish feed, rearing, and stocking of high-quality fingerlings and training and capacity building in fish farming.

Drivers of the fish farming market

The increasing demand for fish globally and nationally and the declining supplies facing Ghana’s economy is another reason for the development of aquaculture. In Ghana, more and more people are shying away from red meat as a source of protein due to health implications and are resorting to fish.

These are the major drivers of the market and the development of the sector in general. Also due to the role fishery plays in its contribution to GDP, the government has promoted aquaculture as a means of augmenting the declining marine catches yearly to provide food and employment for the populace. 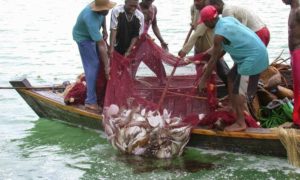 The aquaculture development in Ghana is constrained by several factors, characterized by two components:

Lack of Support for Farmers

From 2009 to 2016, available data collated from the Ministry of Food and Agriculture shows aquaculture’s steady rise in yearly fish production. In comparison to catches of marine and inland fisheries, the output of aquaculture rises steadily every year.

Tax Incentives for the Fish Farming

Also, all farming inputs are duty-exempt to promote the industry.

About 10,000 MT of fresh fish is harvested from other smaller rivers and lakes each year and processed for sale in urban markets. Inland fishing centers in remote areas are not easily accessible to the major consuming centers. This results in expensive inland fish products and deterioration in quality during distribution.

During the main fishing season, the consumption of fish and in particular fresh fish increases in coastal and inland areas. In the lean season, fish is mostly sold and purchased for consumption in smoked form from local sources. 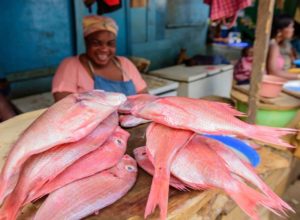 Ghana’s fish consumption requirement is about 720,000 metric tonnes however, fish supply stands at 400,000 annually. Ghana has a natural potential for aquaculture, yet after years of adoption, aquaculture’s contribution to the economy has been quite low. According to Ghana’s 2018 budget statement, aquaculture contributed 3.5% to Ghana’s Real GDP, a decline in the 5.7% recorded in 2016. The growing population and increasing urbanization in Ghana mean the market for Ghanaian aquaculture is also expanding, hence the need to revamp the sector. 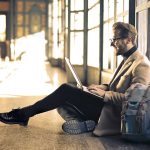 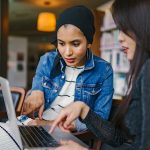 What Are Ghanaians Spending On? Import Trends and Insights for a New Market Entrant in 2021

Increase in Supply, Marginal Decline in Demand [An Occupancy Analysis of Commercial Real Estate in Accra]

Sign up to receive latest news, updates, promotions, and special offers delivered directly to your inbox.
No, thanks